Is there a better way to ingratiate yourself with a group of people than by sharing your biggest financial screw-ups with them?! That’s what I intend to do this week. I am going to share the mistakes I made in my life, but I’m also going to share with you what action or practice I think has made the greatest difference in overcoming the errs in decision making.

As a sophomore college student, I got a job as a Resident Assistant at the University of Florida. I won’t even pretend to remember what it paid me, but I was pretty excited. I had a scholarship for school, and as an RA I had free room and board, a small stipend for food, and a paycheck. So what did I do? I bought a 27-inch Sony Trinitron TV, and since I had a few thousand dollars saved up, I made a modest down payment on a 2-door Dodge Neon with a $225 monthly payment. Hindsight is always 20/20, but had I thought about it for two minutes I would have realized that I really had no clue if I was actually going to succeed at being an RA or even enjoy it. (Looking ahead, I was an RA for three years and a Hall Director for two years in grad school, so it did work out from a college job perspective. Most importantly, I met my wife as she worked as a desk assistant in the same residence hall!) Strangely, I didn’t think twice about how buying that car pretty much insured that I would be working throughout college no matter what my grades or class load were. That was much more risk than I should have taken on at 19 years old. I should have kept the beater my grandmother more or less gave me during high school and drove it into the ground through college. I didn’t choose to do that because I had “disposable” income; I ignored the risk.

If you can’t relate to that example, perhaps you can to this one from my adult life…

I graduated from UF with both my undergraduate and graduate degrees. Lockheed Martin hired me in January 2005 as a Systems Engineer in the Washington, DC area for a mid-five figure salary. I was newly married (remember the girl from the residence hall?), and my wife and I got a modest apartment in a DC suburb close to my work. At this point our financial situation was pretty basic: a very small student loan payment, rent, and food. (I had paid off the Dodge Neon car note at the end of grad school with leftover loan money.) During this time the Washington, DC real estate market was ON FIRE. In some cases, you could have purchased a house in 2004 and sold it nine months later for $40-50K more than you’d paid for it, and many people were doing just that. I was sold on the “scripted life” and was trying to figure out how I could purchase a home in this insane environment and live out the American Dream. So in July 2005, I got my real estate license and in October I used it to buy our first home. My wife and I bought a two-bedroom, 1.5 bath townhouse for $350K, and we did it using 100% financing with interest-only loan payments. Congrats, 24-year-old Paul! You are a third of a million dollars in debt. Many of you know what happened next: the real estate market crashed, and over the course of the next five years we watched our “investment” drop to as low as $275K in market value. To exacerbate the issue, my wife and I had started a family. In fact, at one point there were two adults, a dog, and three children under five years old living in that house. Needless to say, I felt terrible and had been feeling the pressure for a long time.

There are three things that saved us. First, my career at Lockheed was going well and year after year my salary increased while we more or less maintained our relatively low standard of living. Second, I had been slowly growing my real estate business “on the side” and I was transacting three to five deals each year. Lastly, and most importantly, my wife never once made me feel worse about the situation. She was so supportive. It took us nearly 11 years of buying down the mortgage enough by making thousands of dollars worth of payments towards principal to dig out from our negative equity position. After it was all said and done, we still sold that house for nearly $30K less than we paid. Between the regular payments, extra payments, and selling at a $30K loss we spent nearly triple what we would have had we just rented and not been in such a rush to buy.

I regret these decisions, and I’m trying to coach people in a way that helps them avoid making the same mistakes. In retrospect, though, I wouldn’t change a thing. The lessons I learned ultimately changed my life for the better and sent me down an entrepreneurial path that I never would have gone down had I not been pushed and challenged by the poor decisions I made. The decisions have made my wife and I steadfast in our financial ethos. The Dodge Neon was the first and last car I ever bought using a loan. The current five bedroom, 3.5 bath home we live in has the same mortgage payment as that two bedroom, 1.5 bath townhouse had. We minimize risk at every angle and have done a lot to steadily increase our overall savings rate. By my estimation, in the last two years our familial savings rate is somewhere in the 33-35% range. Some might say that we used our above-average income to work our way out from under the mistakes, but I know the truth: we have made it here through careful financial planning, focusing on personal development, and building authentic relationships. 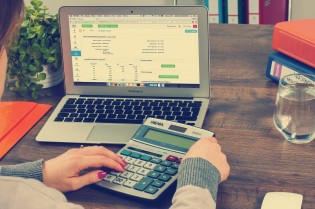 Death of the Middle Class

If it is NOT Raining Yet, It’s Just a Matter of Time… 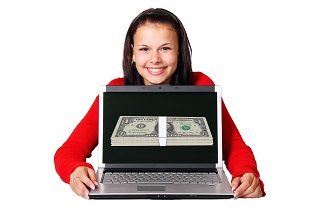